I apologize for putting you guys in suspense (that is, if you ever were in suspense…) but I’ve been recovering from my transplant that I had a month ago. I had my transplant on Tuesday, December 3rd, and since everything was looking good (my creatinine had come down to .08! I don’t think my creatinine has ever been that low, except for maybe when I was 9 or 10 years old) I was discharged from the hospital on Saturday, December 7th.  I was SO happy to be out of the hospital and resting comfortably in my parents home (my brother and I stayed at our parents for a couple weeks as they were our caregivers) and to take a long SHOWER.  I never realized how much I loved showers until then.  I had a wonderful Sunday staying at home, felt pretty good and was moving around pretty well.  On Monday, December 9th, I had an appointment at UCSF at clinic, which is a weekly check up on how things are going and to check my blood results that I had done in the morning.  My creatinine had gone up to I believe to almost 2 and I had to be remitted back into the hospital that same day.  The doctors were concerned that there was kidney rejection so they wanted me to stay in the hospital so they could monitor me. 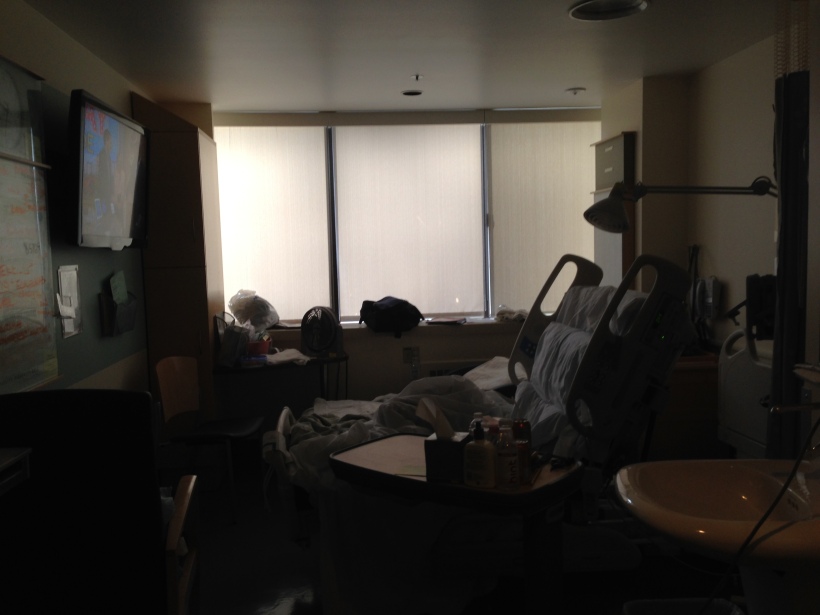 I remained in the hospital for the next 8 days where I went through Plasmapheresis and was given numerous medications such as IVIG (IVIG is given as a plasma protein replacement therapy (IgG) for immune deficient patients who have decreased or abolished antibody production capabilities), Rituximab (Rituximab destroys B cells and is therefore used to treat diseases which are characterized by excessive numbers of B cells, overactive B cells, or dysfunctional B cells.), and Eculizumab (Eculizumab protects blood cells against immune destruction by inhibiting the complement system).  In a nutshell, since all of these terms and words are confusing, most of these medications would help stop harmful antibodies from attacking my brother’s kidney.

Eculizumab is a fairly new drug and my doctors had asked if I would be willing to try this new experimental drug.  It had been used at UCSF before but only with compatible blood type transplantation.  My doctor mentioned that I would be the first to try this drug at this hospital, who has had an incompatible blood type transplant.  I asked him what the side effects would be and he mentioned a whole bunch including Meningitis.  I was like wonderful.  But they said it rarely happens and I thought to myself, what other choice do I really have?  After researching Eculizumab and learning more about it, I found nothing but positive results (Except for maybe the 6 figure cost per dose.  Luckily my insurance covered it).  So we went ahead and did the first dose of Eculizumab which is through an IV and lasts about 30 minutes.  I have to admit I was a little scared and concerned about what would happen to me regarding the side effects.  I waited, and waited…. luckily, all I experienced was a flushed face.  Thank you Buddha.

After 8 days of drugs, plasmapheresis, remembering to pee every hour during the day and every 2 hours at night (this is important because if the bladder becomes too full, it might risk the chance of having the incision in the bladder from the new kidney burst open causing complications), biopsies, and being poked at 4:00 AM every morning for blood work, I finally came home on Tuesday, December 17th.  Since then, it’s been mostly blood work twice a week and plasmapheresis.

Everything has been looking up since then.  My creatinine is stable at around 1, and my titer count is not too high.  Hopefully, within the next couple of weeks I can stop Plasmapheresis completely, and have the catheter in my chest removed (it would make showering that much more enjoyable, but hey, I’m not complaining, I’m so happy to take a shower in the comfort of my own home, in my OWN shower). I couldn’t be happier that my brother is doing so well.  He still gets sore from time to time but usually after a long day of moving around.  I’m pretty much the same way, but am moving around pretty well.

I hope things continue to be positive and my body accepts my brother’s kidney more and more.  For now, since I’m on so many immunosuppressants, I have to remain in an imaginary bubble, as I’m more susceptible to getting sick.  Guess that leaves me plenty of time to start planning for our wedding (ai yai yai).

Here’s to a new year and a new life!